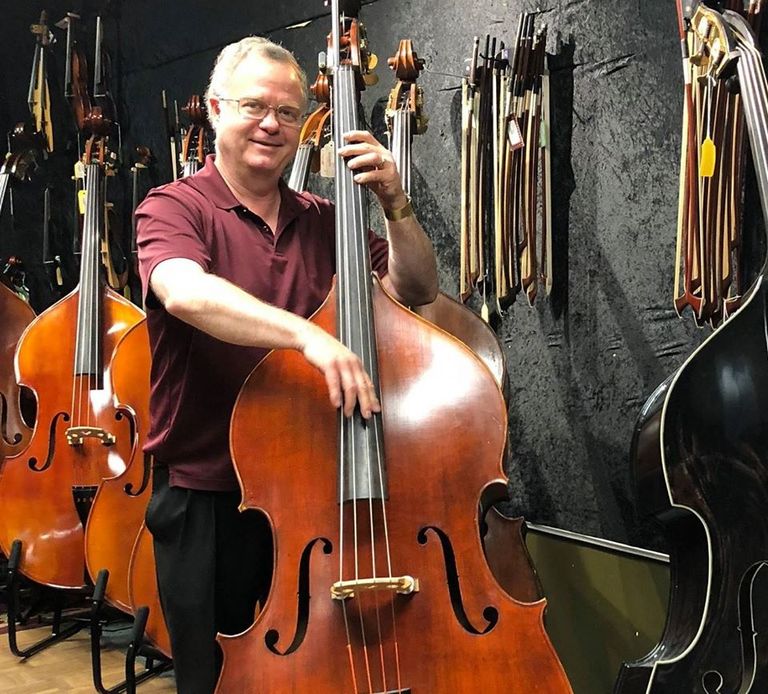 I've been blessed for many years to make a living doing what I love - playing music.

I'd enjoy having a conversation with you about how I can be part of the music for your upcoming event or special occasion.  In the mean time, feel free to read my biography below to get an idea of who I am and what kinds of musical adventures I've been a part of over the past few decades!

Alan Hager has been performing music most of his life, starting with the baritone horn in grade school band, and going on to be a music major at the University of Wisconsin Eau Claire. There he quickly picked up other instruments, particularly the string bass, as he had the opportunity to play with now world famous jazz pianist Geoffrey Keezer. During his UWEC years Al was also the head counselor at the Shell Lake Arts Center for three summers and there was surrounded by legendary music educators like Dominic Spera, Ron Keezer, Philip Farkas, Eugene Rousseau and many others.

Throughout his career, Al Has been involved in many aspects of music including performing, education, the business side of music, and advocating for music education.

After becoming principal euphonium player in the UWEC symphonic orchestra, bassist in the First Jazz Ensemble,  and trombonist in Jazz 2, he spent 7 years traveling the globe as a bassist, musical director and arranger on 11 cruise ships for five  different cruise lines.  This included voyages in the the Caribbean, Mediterranean, Alaska, the Panama Canal, transatlantic crossings and more!

He has been involved in thousands of performances over the decades, playing gigs with everyone from rock and roll legend Denny Laine, to four time world champion Yankees center fielder Bernie Williams. Alan has played in various dance bands including the Guy Lombardo Orchestra and his cruise ship years included performing with and backing up artists like Shirley Jones, The Fifth Dimension, and many others.

In addition to playing multi-instrumental solo performances, Al remains active playing in groups of various sizes and for events of all types including weddings, private and corporate events, club dates, restaurants and other venues.

Al Hager is currently Vice President and part owner of Groth Music Company, where he has worked since 1993. Groth has served music educators, students and professionals since 1939.  He has been a member of the orchestra and worship teams at Grace Church Edina/Eden Prairie since 1993, where he has been involved in leading worship for more than 2,500 services over those years.

As part of Al’s career at Groth Music, he has become a passionate advocate for music education including many trips to the state capital, and annual visits to Washington DC since 2013, where he has been able to meet US senators Amy Klobuchar, Tina Smith, and Al Franken, Congressman and Chairman John Kline, and many other members of congress and their staff. Mr. Hager has been the single Minnesota delegate for this annual NAMM effort of about 100 leaders in the music industry to meet with our elected officials and insure that music is part of every well rounded education.

As the pandemic years have stifled live music quite a bit, Al spent some time fine tuning his solo performances and adding that to his bag of tricks, while still playing in other groups as conditions allow.

This site uses third-party website tracking technologies to provide and continually improve our services, and to display advertisements according to users’ interests. I agree and may revoke or change my consent at any time with effect for the future.
Privacy PolicyMore

This tool helps you to select and deactivate various tags / trackers / analytic tools used on this website.